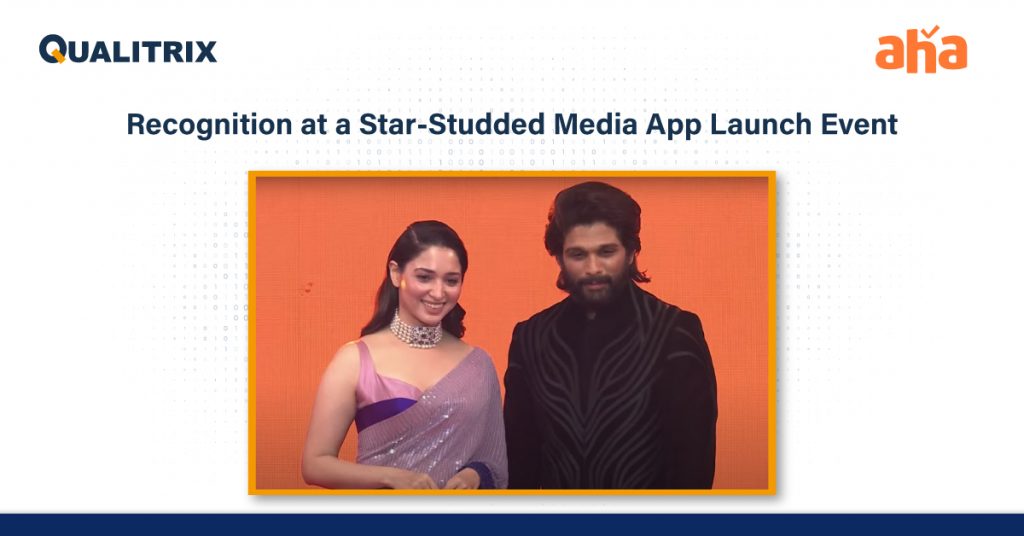 Garnering over 50 lakh (5M+) user base in a very short timespan, Aha is one of the fastest growing regional OTTplayer, ready to be the next big thing in Telugu entertainment industry. Qualitrix was recently associated with the group for the large scale media app testing where we successfully delivered internet based testing on 50 different devices in just three weeks.

Just last week, ARHA Media & Broadcasting Pvt. Ltd. had their OTT application, Aha’s launch event. The event was a huge success, and Qualitrix got acknowledged with a namedrop in the vote of thanks by Aha CEO, Ajit Thakur.

It is a rare occurrence where quality assurance is appraised and even rarer when industry leaders acknowledge its value in their vote of thanks.

This was a tremendously proud moment for the entire team of Qualitrix as their Quality Assurance partner for multi-device testing. It was such a motivation for everyone as their efforts were acknowledged in front of the biggies of the Telugu film industry like Allu Arjun, Vijay Deverakonda, Allu Aravind, Tamanna Bhatia and others.

We thank Aha leadership for the acknowledgement and recognising our contribution as a valuable partner.