What is Android Fragmentation?

It is caused due to a delayed software update to selected Android devices. These are essentially the devices that are not made by Google.

How does Fragmentation happen? 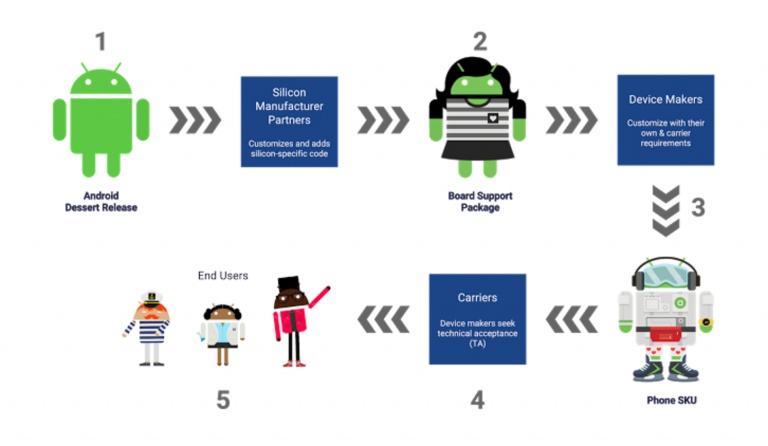 Android OS differ depending upon handset manufacturer and sometimes according to the network provider. This increases the chances of having new bugs every time an update is launched.

With every new update, carriers and manufacturers have to put tons of time and money into testing the new software to make sure it can be implemented across the board. This creates a time difference in which the phones are updated.

Why can’t Google solve the problem of Fragmentation?

Google has tried a number of different things to solve the problem.

It had first-party lock screens available to just straight up releasing its own flagship devices. Unfortunately, these plans have put a serious dent in the problem.

It’s a huge, system-level change in Android O that bypasses a lot of the expensive testing that partners have had to do. This has addressed a lot of problems but the issue is still far from resolved!

Most of the app crashes are caused due to the problem of OS compatibility.

Test your app in the real world to solve the Target Audience based scenarios.

Be sure that your app will perform as expected.  CLICK HERE