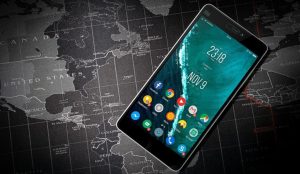 Mobile Application Testing plays a pivotal role in the success of any app, even more so than any web or enterprise application.

The environment in which a mobile app is used is much more complex than that of the web or other application types.

However, due to the relatively low development cost of mobile apps, the product owner finds it difficult to get a sufficient budget for testing.

Lack of thorough app testing results in incomplete test coverage for many critical areas of the app.

Bugs in important features or functionality significantly affect the image of the brand and result in loss of potential revenue.

I believe that the quality assurance (QA) model for mobile applications requires a more intensive testing through broader test coverage of devices, configurations, and real-world scenarios. However, the model needs to deliver faster to enable quick iterations and at a lower cost.

But is it really possible?

It is certainly not possible using traditional QA models.

To enhance the test coverage, more investment would be required on both people and infrastructure, which eventually increases the testing cost.

Crowdsourced testing model is disrupting the QA industry with its unique delivery solution that allows us to engage expert testers, end-users, and infrastructure on-demand under real-world conditions.

The case study I discuss here illustrates how our team leveraged the crowdsourced app testing model to test 164 mobile apps for a large telecom firm in 10 days.

One of the largest telecom firms in the world was going to launch an app store with hundreds of entertainment apps for its users.

Qualitrix is their national QA partner for apps and services.

The client had planned to launch the entertainment app store portal in the fourth quarter of 2016.

164 apps were to be tested for functional accuracy, usability, and security before the app store launch.

Owing to deployment delays from various app partners on the app portal, the client expected us to test all these apps in less than 2 weeks to meet the launch deadline.

Clearly, traditional QA models were not going to meet these challenges.

Crowd Based Testing to the Rescue

We decided to use our managed crowdsourced testing model to meet the client’s expectations of testing an app at  affordable costs.

In this model, we leverage crowdsourced testers who are managed by our in-house experts.

We planned to test 16 apps per day to complete testing of 164 apps within 10 days.

Each tester was assigned a given a set of apps specific to his handset models along with a set of test scenarios he had to execute.

Test reports were discussed with the client every alternate day to decide on rejection/approval of each app based on test results.

Quality of defects reported was highly appreciated which helped the client to maintain their quality standard in the market.

The crowdsourced testing model is ideally suited for the exponentially growing consumer apps market where the need of the hour is consistent app behavior across different accessing mediums, quick periodic upgrades, and controlled spend.

The crowd model also provides access to a representative target market at an early stage to gain feedback on the app’s acceptance.

This allows product owners to be more confident at the launch.